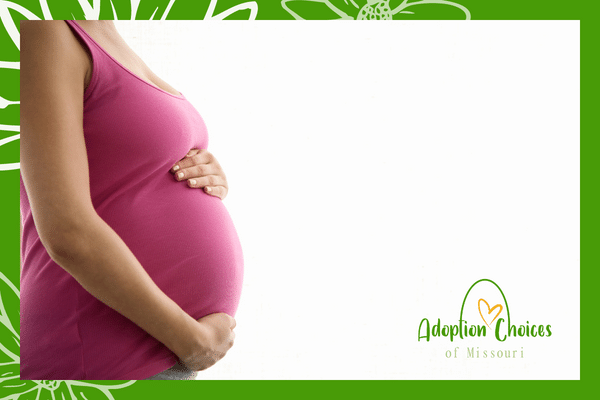 All About Birth Mothers in Missouri

All About Birth Mothers in Missouri

Adoption can seem fairly daunting as a general idea. There are just so many different things for an expectant woman to think about when choosing adoption. We don’t blame you for being confused about where you fit within the process. So, we’re going to try and clear up who birth mothers are and how adoption works for them.

What is Involved in an Adoption?

To cover how adoption works, let us give an example of an adoption process from start to finish. A disclaimer that this in no way covers all the ways an adoption can happen.

A woman unexpectedly gets pregnant. She is not partnered and is busy getting a foothold in her new job. At first, she is overwhelmed by this news. Who wouldn’t be? But then she gets online and searches for pregnant adoption help. Thousands of results on the web covering stories and statistics, and histories of adoption fill her eyes. She tries again and instead searches for adoption agencies near me. Now she is directed to some pages that show promise and sends an email to a nearby agency wondering about consultation.

In no time, the expectant woman finds herself talking with an adoption specialist. She’s concerned about adoption. Worried she will never get to see her child and she is uncertain if the family would fit them. However, the specialist says she has the final say on the openness of the adoption and who the adoptive parents are. Together they will form a plan for the mother’s perfect adoption.

Her fears dissolve, questions are answered, and the expectant mother moves on with her pregnancy. When she eventually gives birth, she will see her baby placed with its new adoptive parents. And years afterward, she can still receive email correspondence or visit if that was the type of adoption decided on. That is a basic adoption process for adoption in Missouri and nationwide.

But then, Who is a Birth Mother?

In the above example, the expectant woman would only be officially considered a birth mother after birth. Adoption Choices (and many other agencies) though consider woman birth mothers no matter where in the process they are.

The distinction is made between a birth mother and an adoptive mother to keep confusion minimal. This is especially true if the family and the birth mother have an open relationship. Using terms like “real mother” or “one’s own child” is quite demeaning to the adoptive family. It might, albeit unconsciously, undermine the respect of both sets of parents and make the relationship strained. And so, distinguishing a birth mother is a term born out of necessity.

The mindset of an unprepared expectant woman is they are considering adoption – I can’t take care of my baby. Unplanned or unwanted pregnancies happen. It’s not uncommon for this to be the reason why a birth mother would choose adoption. At the same time, the is no set rule that says someone without a clear reason can’t adopt. There are so many different adoption stories out there and even more circumstances, and no two are the same.

What we can say is people who choose adoption are brave. They have to push against the pressures of societal misconceptions about adoption. People think it means “giving my baby up” for adoption instead of a healthy alternative to parenthood. They might have to contend with a disapproving partner or family. And despite all the support an agency or their allies can provide, they themselves have to go through the pregnancy.

“Why adopt out my baby?” Well, there is not one clear answer to why one would choose adoption. The mother from our previous example decided to put my baby up for adoption because she was busy with life. That is a super valid reason to place her child with another family. However, another example could be that a birth mother decided to adopt instead of aborting her child. Another could be she already had kids and couldn’t even imagine raising another. Why people choose to adopt is as varied as who individuals are.

Adoption is also a very rewarding process once your get into it. Depending on your situation, you might be eligible for financial aid and medical support for your birth. You get to know who the adoptive parents are and might even get to see your child be raised. It’s rather fulfilling to just know that you played a part in creating a happy family.

Adoption can Help Create a Family

Just as no two adoptions are the same, so is each birth mother unique. You might have a dozen reasons to choose adoption or just one. Know that no matter what, though, Adoption Choices of Missouri is here to help. For years, our agency has been helping birth mothers plan for their perfect adoption. Our specialists are always ready to talk with you about your ideal family.